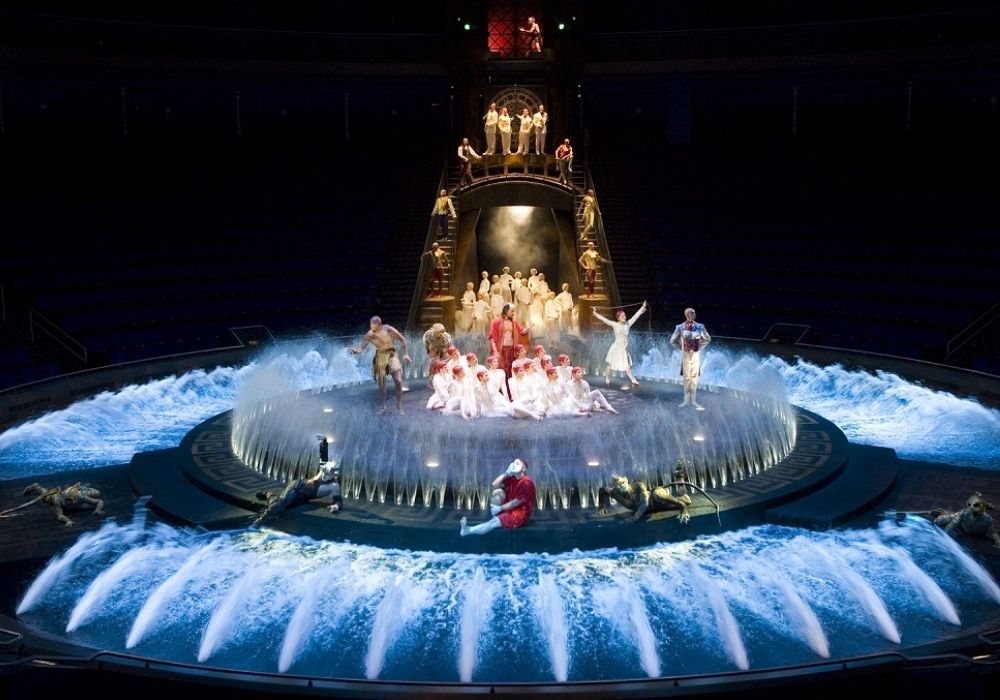 Best Shows in Las Vegas for Every Budget

Las Vegas is a mecca for world-class entertainment. Therefore, it’s no surprise that so many performers choose to make Vegas their home. From Mariah Carey to Gwen Stefani and all the unique, exciting, and mesmerising talent in between, there is something for everyone! This list explores what is possible on any budget. Whether you want to splurge or are hoping to snag a bargain you won’t be disappointed! Here are the best shows in Las Vegas on any budget…

Cirque du Soliel has found a spiritual home in Las Vegas with 5 sensational shows to choose from!

Renowned for their otherworldly performances, showcasing superhuman strength, unbelievable acrobatics, and theatrics, watching a Cirque show should be on EVERYONE’s bucket list!

The two Cirque shows we would recommend are KÀ and Mystère.

Despite being part of the same company these two shows couldn’t be more different, with the only similarity being the performers’ extraordinary skill, power, and artistry!

KÀ can be found at the MGM Grand with prices ranging from $69-239. Due to the theatre being specifically designed for the show, every seat has a good view. However, I recommend paying the premium to be seated in the middle section.

KÀ is a high-octane fight to the finish performance. It follows the ‘imperial twins’ who are split up and spend the duration of the show trying to find each other.

This show has a bit of everything, from archery to baton twirling, to the aptly named wheel of death! Your eyes won’t know where to look with so much happening at once.

This show is one of our all-time favourites due to the unbelievable ‘sand stage’. This stage is a feat of engineering as it rotates, lifts, and moves in any way imaginable. It can even stand vertically! You really have to see it to believe it. This unique stage gives the audience a new perspective as battle scenes are played out on an almost vertical stage- a completely unique perspective!

TOP TIP – there is a free behind-the-scenes tour that operates twice a week. This tour gives you an inside look at the stages, the audio, and little nuances to look out for during the show!

Mystère is found at Treasure Island with prices ranging from $75-136. Much like our recommendations for KÀ, we would advise paying a little bit extra to sit in the middle section.

Mystère is the first (and perhaps best) Cirque du Soleil show to have a residency in Vegas. This Cirque show has the most similarity to what you would expect from a traditional circus – but on steroids!

There are clowns, dancing, and amazing acrobatics throughout, including stilts, hand balancing, Chinese poles, and a plethora of other circus specialties.

Even with all this talent, spectacular staging, and costuming, the highlight of the show was the clowns. Most people hear the word clown and cringe, but like with everything in Cirque du Soleil, they are on another level! You won’t be squirming and looking away when these clowns come on stage… you will be hooked!

One clown is a fully grown, reasonably large man dressed as a baby. No amount of praise can do this man justice! Our bellies hurt from laughing as he interacted with the audience, even picking on a poor man to who he took a liking to!

Mystère is very family-friendly and an experience that can be enjoyed by all! If you only plan on seeing one Cirque Du Soleil show, this is the one to see!

David Copperfield is found at the MGM Grand, with ticket prices ranging from $71-220 ($220 includes a meet and greet). If you buy your tickets from the box office in the MGM Grand, the tickets will generally be less expensive. We bought tickets for $88 which would have cost $122 if we bought them online.

David Copperfield is the KING of magic, and his show is nothing short of spectacular.

It’s magic, but the grandest of scales. Many of the tricks he does are amongst the audience, confusing us even more as he vanishes mere centimeters from your seat!

If there is one thing David Copperfield is known for it is large-scale illusions, and boy oh boy does he deliver in this show. From vanishing cars to UFOs and aliens, this show has something for everyone.

My one critique is the EXTREMELY STRONG underlying message of love, which was a bit corny. Especially if you are as emotional adverse and stunted as us!

Marc Savard Comedy Hypnosis is found at the V Theatre in the Miracle Mile Shops, Planet Hollywood. Tickets range in price from $40-52 dollars online and on the strip. However, if you book tickets directly from Marc Savard’s website then you can get tickets for $25 – and not just any tickets! These tickets are “VIP tickets,” which offer the best views of the stage! You can find these exclusive tickets here!

For anyone who has the slightest interest in hypnosis then this show is a MUST. To be honest, it should be a must for anyone who is even curious. That was certainly the case when we bought tickets on a whim.

We know that there are many hypnotism skeptics out there, but since visiting this show we are believers, and we think you will be too!

The best thing about Marc’s show is that anyone can volunteer to go on stage and be hypnotized! So, if you are brave enough, we can’t recommend this highly enough! It will be a story you tell for years and years, especially if you become one of the stars of the show! We dare you!

This show seamlessly combines comedy and hypnotism to create an experience that you will remember forever. Your poor friends will be sick of hearing about “that one time, at the hypnotism show!”

Vegas is the entertainment capital of the world – and quite rightly so. Whoever you are, whatever your age, there will be something for you. From comedy to magic to headliners you won’t be at a loss for something to do in Sin City.

The shows listed above are a mere cross-section of the best shows in Las Vegas. It really is subjective. But if you are anything like us then you are guaranteed to love them!

Let us know what you think the best shows in Las Vegas are in the comments below. We would love to hear from you, as it’s only a matter of time before we will be hitting up the strip again!

If you are looking for more Las Vegas content to make your trip even more memorable check out the posts below.

If you liked this post, pin it – pretty please xoxo

PrevPreviousAn Honest Review of the Rides at The Strat, Las Vegas
NextBest Places to Eat in Las Vegas – For Fussy EatersNext

So you’re planning a trip to Portugal, and wondering if the medieval town of Evora is worth visiting? The charming town...

Learn about the best place (or places) to park overnight in Lisbon, for campervans, motorhomes, or RV's. Review of facilities,...