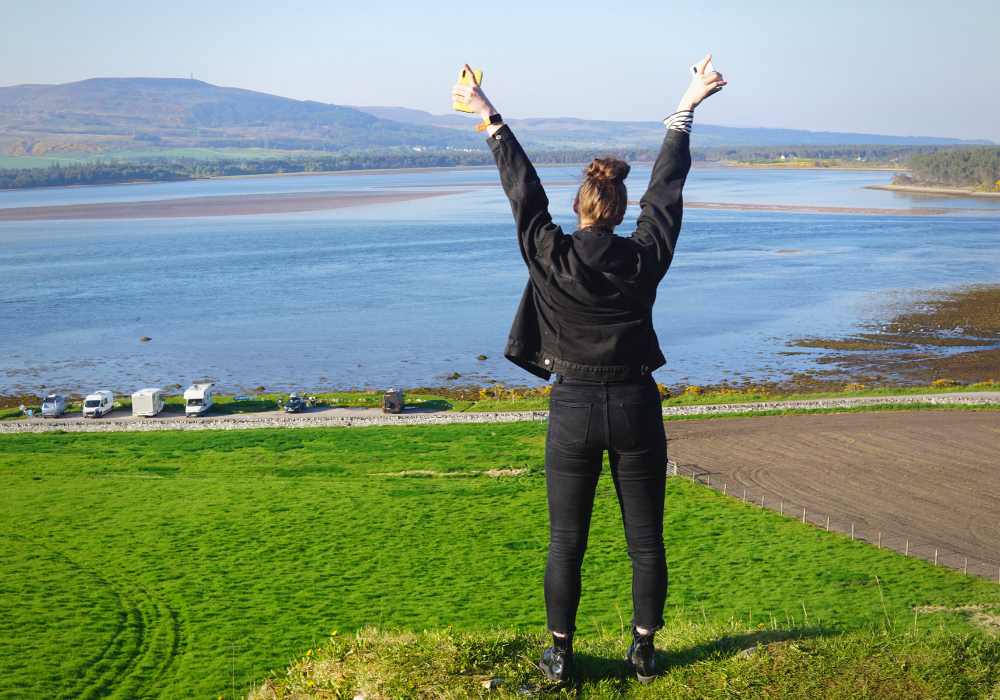 8 Things to Expect when doing the NC500

The North Coast 500 (NC500) is commonly referred to as the Route 66 of Scotland. This epic road trip really showcases some of the best scenery Scotland has to offer. You will find stunning white sandy beaches, rugged mountains, and spectacular wildlife around every corner. However, this post highlights these top 8 things to expect when driving the NC500 that the guide books “forget” to tell you!

The West Coast is Overrated

This point is arguably the most controversial thing to expect when doing the NC500, particularly because the west coast undoubtedly has the most dramatic scenery of the entire route. However, what the west coast lacks are things to do. You may find yourself driving for miles and miles without a single reason to pull over (other than to drink in your surroundings)!

For us, that wasn’t good enough! We wanted more!

In terms of “things to do”, Ullapool is the west coasts saving grace! There you can go on a boat tour, visit the local shops, and although not exciting, have a shower… for FREE!!!

Now that I’m done criticising the west coast, I don’t want to completely discredit it. There are some spectacular things to see here, none more so than admiring the incredible scenery that just gets better and better with every mile that passes. Also, make sure you check out Corrieshalloch Gorge – it’s extremely impressive!

For more information regarding what to do on the west coast leg of the NC500 make sure you check out the post below.

The Majority of the Roads are Single Track

Firstly, I think it’s important to state that a single track is NOT the same as a single carriageway. That one word changes everything. The roads are predominantly one lane for traffic going in both directions. There are strategically placed passing places on the route that allows cars to pass by “safely”.

Unfortunately, this “thing to expect” when doing the NC500 can sometimes put a dampener on your trip. You will be constantly pulling over and stopping, especially if you go during the peak season, which can get a little frustrating.

When driving on these roads, it’s important to be courteous to other drivers, and remember that traffic that is going uphill has priority!

The starting point of the NC500 is Inverness Castle. Although it is easy to find your way to the castle, once you arrive there is a certain level of ambiguity as to where to go next!

To our surprise, there were no signs. We were lost before the journey even began!

Eventually, we just headed to Kessoch bridge on the A9 and found our way from there!

So, the moral of the story is, ignore Inverness Castle, its a massive detour and you may (if you are as unlucky as us) find yourself stuck in traffic!

Much like the previous point about finding the start point, the NC500 is not that well signposted considering its a well established route.

Don’t get me wrong, there are signposts, but there may be a junction or two that you have to make an educated guess on which road to choose!

There are Not Nany Places to Dine out

When we envisioned our NC500 road trip, we had great expectations of having pub lunches in remote villages. Dining like a local. This was not the case.

Quite frankly, if we didn’t have our camper van we would have ended up extremely hungry! There is a significant lack of pubs and restaurants. Even if you do find one you like, it may require you to book in advance or it may even be fully booked. This was the case for the Applecross Inn. To find out where to park when visiting Applecross, check out the link below.

Finally, on Sundays, the highlands basically shut down. We were in Wick (one of the larger villages) on a Sunday and there was a significant lack of restaurants open. The only places open were a few takeaway restaurants!

Bins Can be Hard to Find.

If you are traveling in a camper van, or even a car for that matter, you will probably acquire some rubbish. Although the small towns and villages are well equipped with bins, everywhere in between is not. If you are lucky you will find a bin in a lay-by, but don’t count on it! So when you see a bin – use it! This is particularly relevant if you are planning to travel slowly around the NC500, or spend the majority of time off-grid!

The Larger Villages are Slightly Underwhelming

There are only a handful of villages on the NC500 that have a local supermarket, they include, Inverness, Wick, Ullapool, and Tain.

Although they aren’t completely desolate, they lack the small-town charm and personality you would expect. The exception to this is Ullapool, which has plenty to offer, including restaurants, shops, wildlife excursions, and boat trips. To find out more about Ullapool and where to park overnight click the link below.

Although we found these villages somewhat disappointing, they are a saving grace with regard to food supplies. Make sure you restock your food here as they have the best food at the best prices.

You NEED to be Proficient at Hill Starts

Consider this “thing to expect” when doing the NC500 a strong word of warning!

If you hate hill starts or are not completely comfortable in your vehicle, don’t even consider attempting the NC500.

Due to the majority of the roads being single track, you will find yourself being stopped in precarious positions, reversing up hills, and attempting many other challenging driving maneuvers over the course of the journey. This is made even more daunting by the fact that a lot of roads have a ditch immediately to the side of the road, restricting where you can go!

We spoke to a local (after getting stuck in a ditch) and she informed us that it’s not uncommon for people to find themselves in a ditch and has done her fair share of pulling people out of them!

Note: if you are doing the NC500 and are not great at hill starts we recommend avoiding the B869 detour at all costs as it is the most technically challenging section of the NC500. Simply follow the A894 instead.

Despite this somewhat negative post, the NC500 should be firmly on your bucket list. Scotland is an undeniably beautiful country and this road trip exemplifies what we have to offer – from stunning scenery to epic adventures. These 8 things to expect when doing the NC500 are a mere word of warning – not a deterrent!

IF YOU LIKED THIS POST, PIN IT – PRETTY PLEASE XOXO

Learn about the best place (or places) to park overnight in Porto, for campervans, motorhomes, or RV's. Review of facilities,...

Arouca 516, located in Portugal, is one of the longest pedestrian bridges in the world... but is it worth visiting?...